One of these tomato varieties contains tetra-cis-lycopene and the other contains Beta-carotene - can you tell the difference?

Golden/Orange tomatoes can either contain Tetra-cis-lycopene or Beta-carotene, as both these compounds produce tomatoes in the golden to orange colour spectrum. Chemical analysis will confirm which compound is present reflected in the skin pigmentation.

Beta-carotene is an anti-oxidant and may protect against free radical damage (1). Beta-carotene converts to vitamin A in the human body and is an essential nutrient for humans. Vitamin A deficiency affects a staggering percentage of the population, especially in the developing world. (2) It is the leading cause of blindness in children. and is also associated with increased burden of infectious disease. (3) (4)

Optical – A beautiful prolific cherry tomato, golden in colour. This tomato doesn’t contain any lycopene, but it has high levels of beta-carotene. Indeterminate. 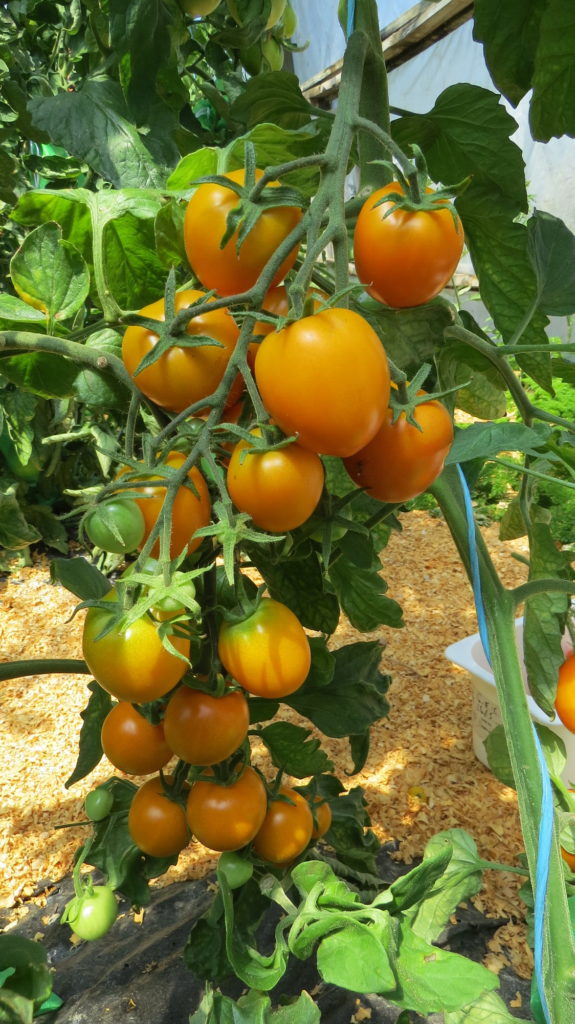 Eye Drop – A prolific small cherry tomato, orange and slightly ovoid in shape, with a slight pink colouring around the top of the fruit. One of our favourites. This tomato doesn’t contain any lycopene, but it has high levels of beta-carotene. Indeterminate. 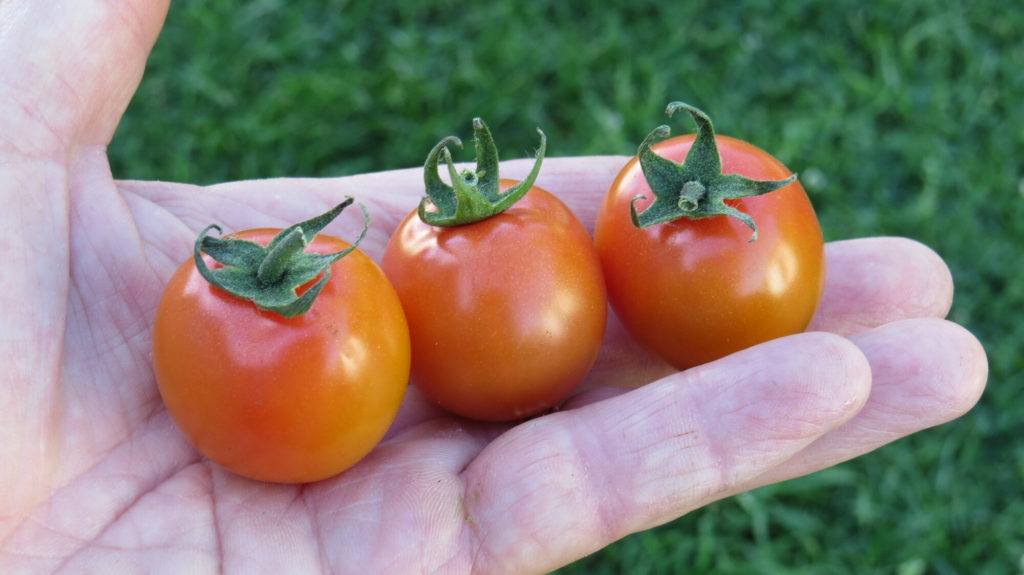 For our 2021 year data analysis of our tomatoes please click here.

Natural Evolvement of the Varieties

For several years we have grown a high Beta-carotene selection of ours that we named ‘Golden Eye’ with the hope that it may be able to reduce the incidence of childhood blindness. In 2020 we found that two separate plants had morphed and produced bigger tomatoes – these we named ‘Golden Eye Improved’ and ‘Oracle’. Both new varieties are very high in Beta-carotene and may contain the highest levels of any tomatoes, as well as containing interesting levels of several polyphenolic compounds. 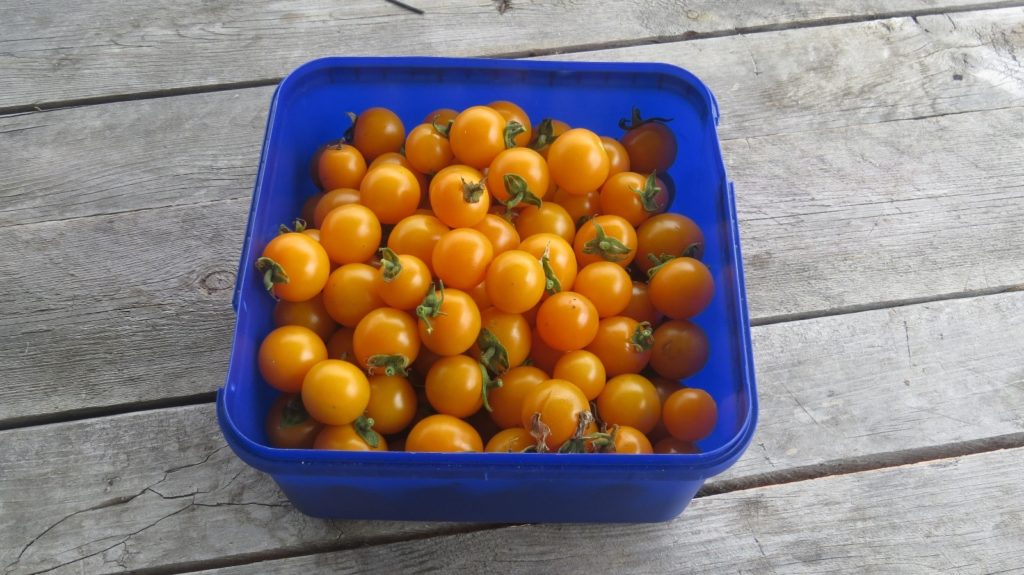 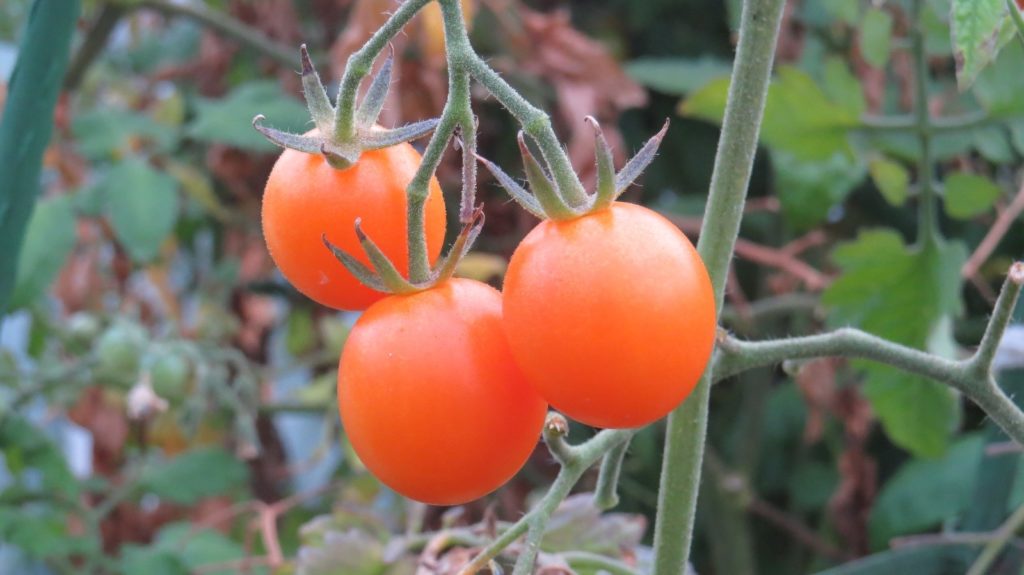 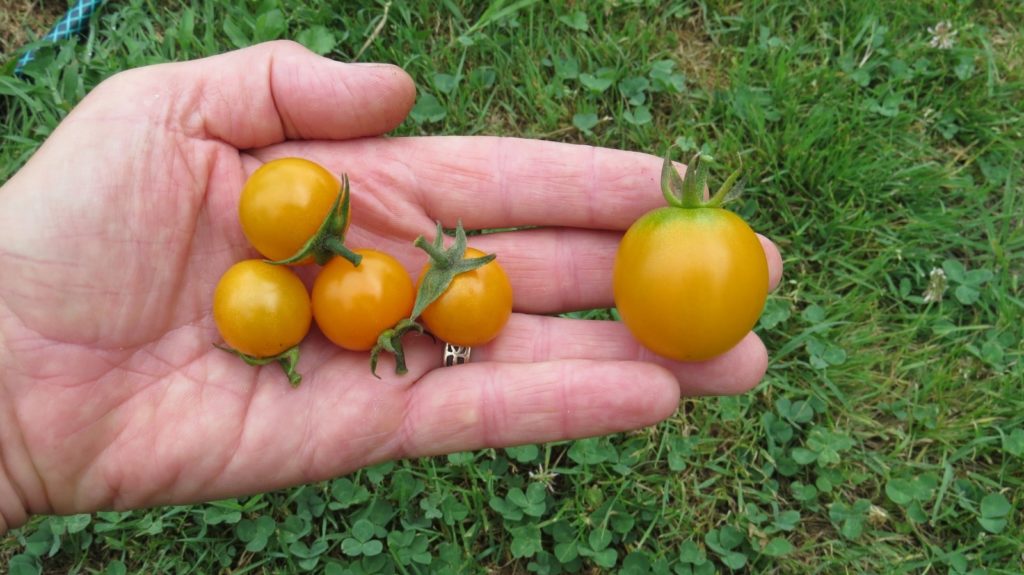 Several years ago, we had a ‘volunteer’ tomato that grew for us and it tested with the highest level of beta-carotene that we had seen. We named it ‘Golden Eye’. In 2020 we made two selections from this variety and named them ‘Golden Eye Improved’ and ‘Oracle’. Then in 2021 these plants morphed into a wider range and a few of the notable selections are ‘African Oracle’; ‘New Oracle’; ‘Optical’; and ‘Oracle 1 SBO’’. 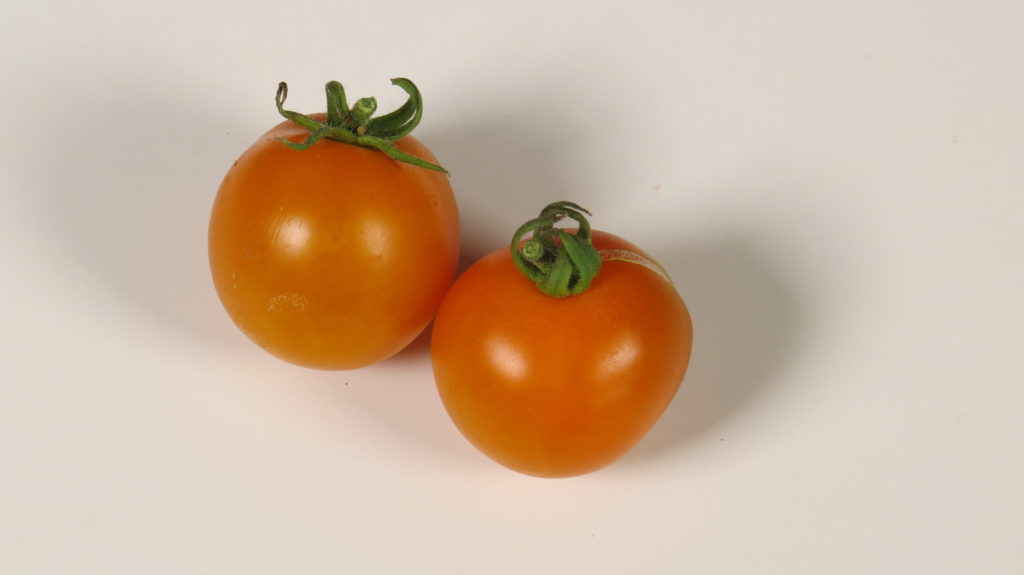 ‘New Oracle’ – This strong growing disease-resistant plant produced abundant golden cherry tomatoes that contained very high levels of beta-carotene as well as excellent levels of folate. (The folate levels were considerably higher than a standard red supermarket tomato). Naturally occurring folate, such as in these tomatoes is more bioavailable than the synthetic form of folic acid. 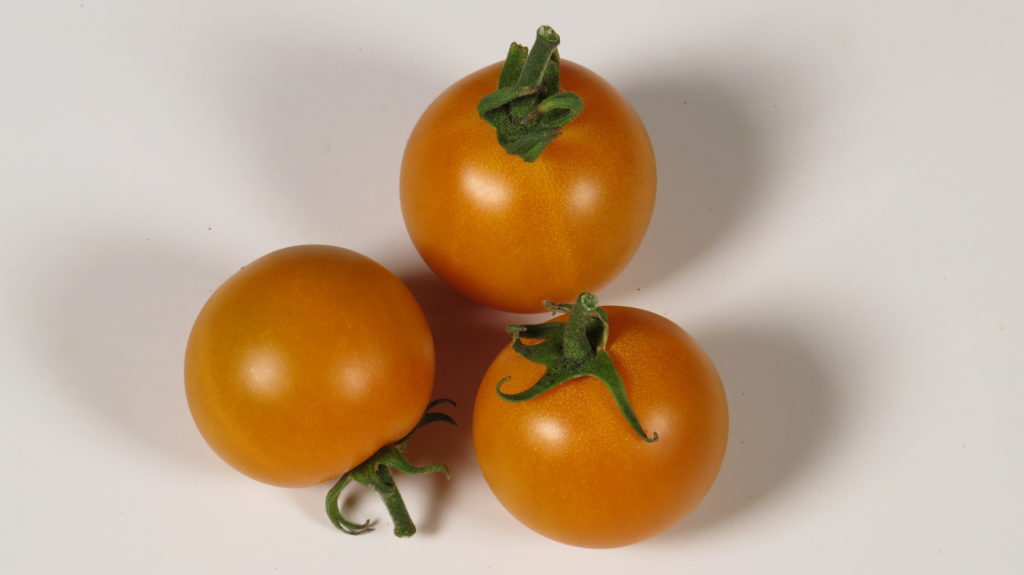 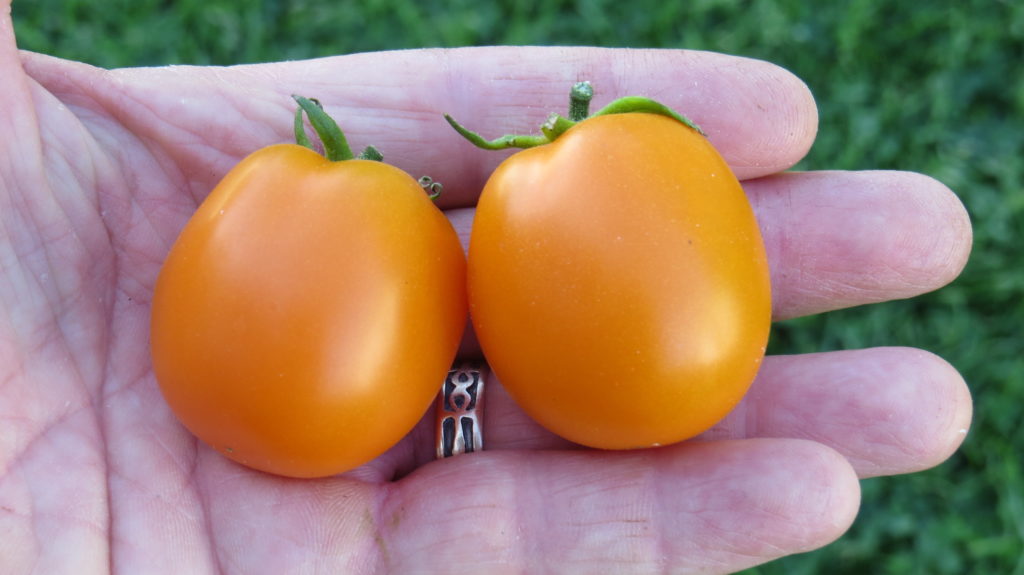 ‘Oracle 1 SBO’ – Small bright orange currant-sized fruit that tested with the highest level of beta-carotene and significant polyphenol concentrations for ten out of thirteen of the polyphenol compounds tested for. 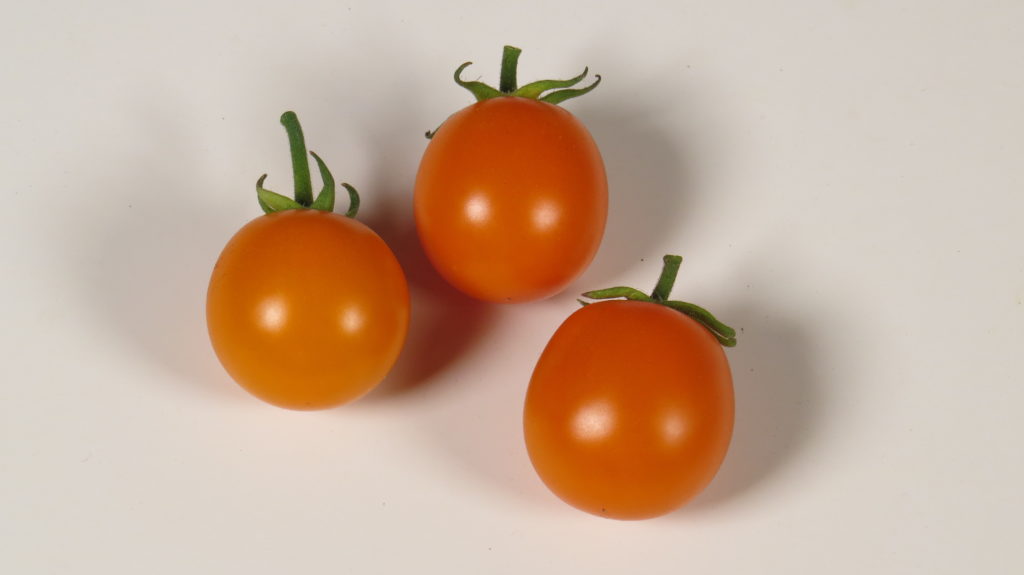