Wheat is cultivated worldwide and is a staple food in many diets. However, methods used in modern industrial agriculture for bread production, from breeding to growing to bread-making, have led to an increase in chronic diseases and nutritional deficits, emphasizing the link between food and health.1

Many people (about 6% in the US) experience issues as gluten intolerance, in which they might feel tired, nauseous or bloated.

Whereas celiac disease is the result of having an abnormal gene, together with high levels of certain antibodies in the blood. This results in an autoimmune response to gluten that causes inflammation and damage to the digestive tract.

Modern wheat has been intensively bred to increase its yield. In the process, the structure of the plant has been altered dramatically. The size of the root mass has been reduced, the height and volume of the stalks have diminished as the emphasis has focussed on increasing the size and quantity of seed produced.

Our Hypothesis is that at some stage in the breeding process, a toxicity has been bred in that is causing these adverse reactions in people. Therefore if we can go back far enough, we might be able to find a variety without this in-bred toxicity.

Starting with just 100 seeds of each, our focus has been to bulk up the available seed. In 2022 we asked our local sourdough baker John Wilson to bake us some ‘Turvey’ bread and then we tasted it. Apart from its wonderful flavour three of our tasting panel were gluten intolerant, but experienced absolutely no adverse effects from eating the bread.

Now in July 2022 we are excited to be starting a collaboration with the organic Biological Husbandry Unit at Lincoln University who will be trialing our varieties over the 2022/23 summer. They will grow, harvest and mill each variety and assess each of them for possible further investigation.

We have also supplied seed to Bacca Bakery in Golden Bay to begin the process of getting some of these varieties out into the community. They will grow them to bulk-up the seed for commercial-sized plantings to provide flour for their bakery and bread for their community.

Here at HFCRT, we will continue to grow these varieties on a smaller scale. We are always open to exploring opportunities in this area as we know the importance of keeping these ancient varieties viable. 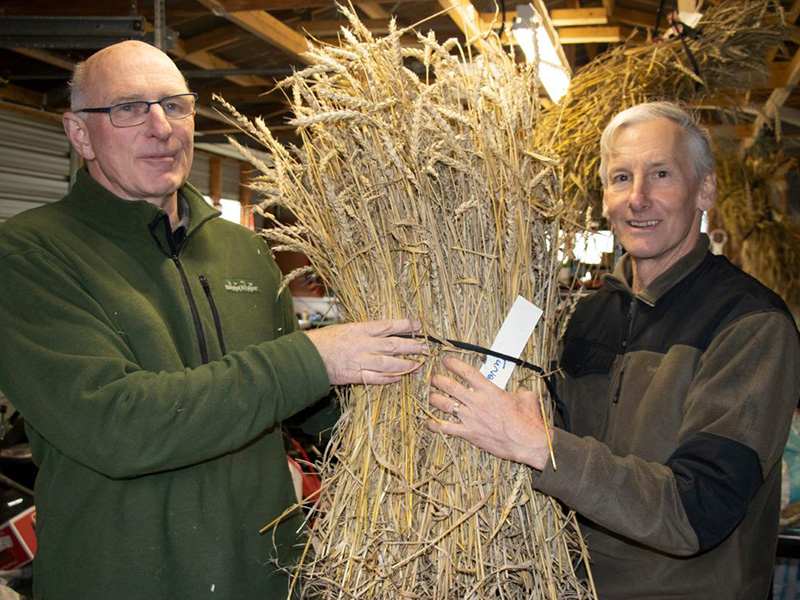 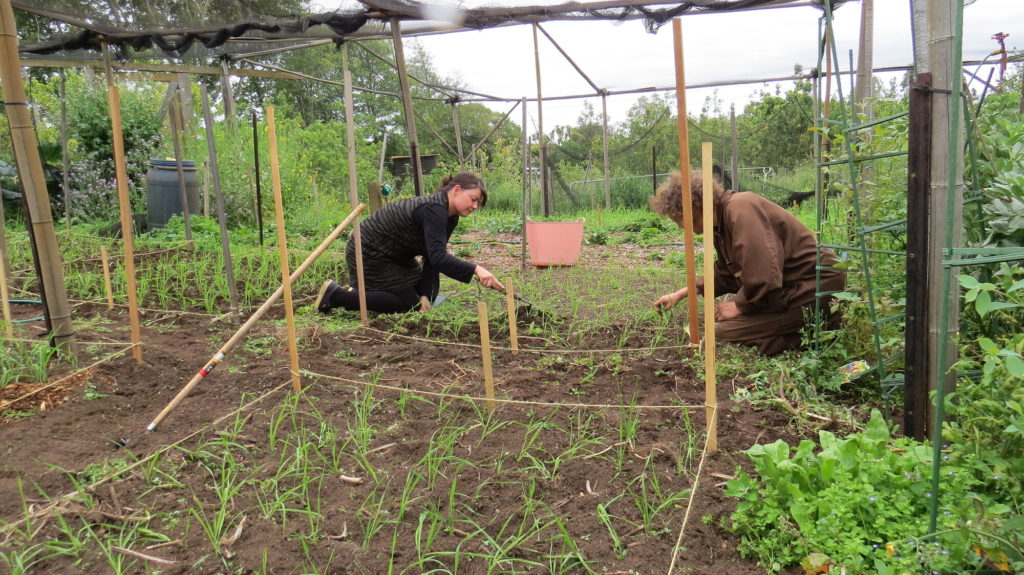 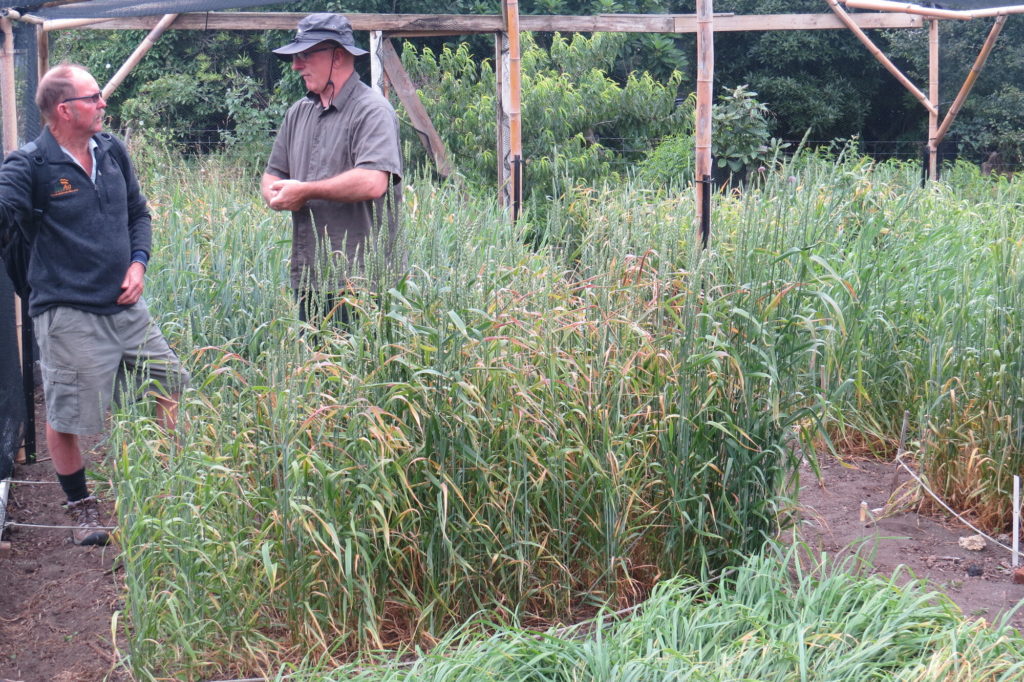 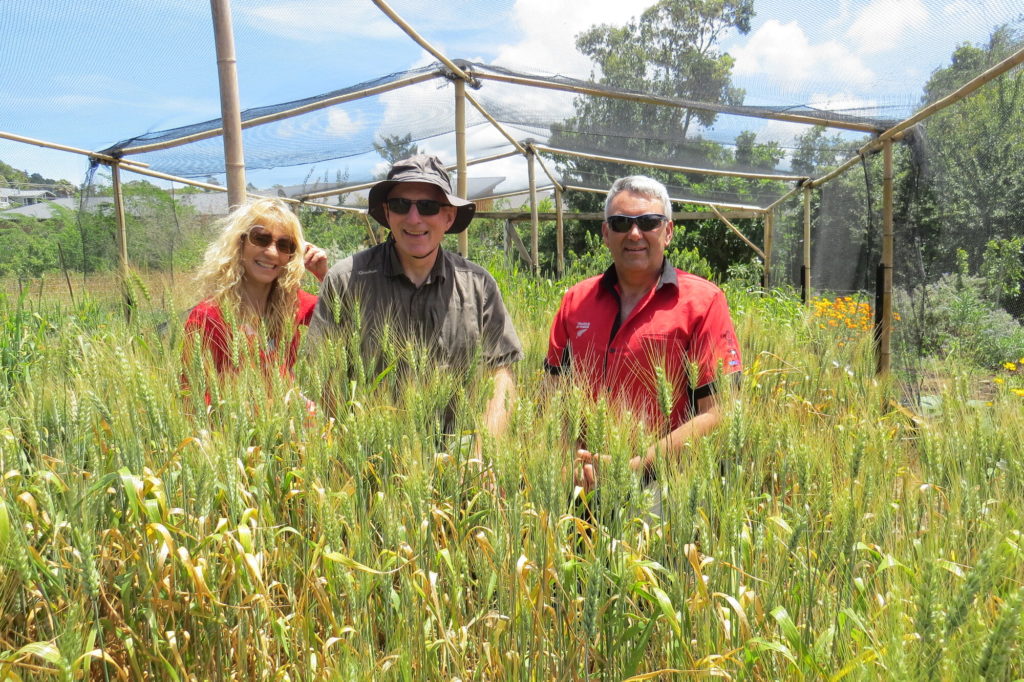 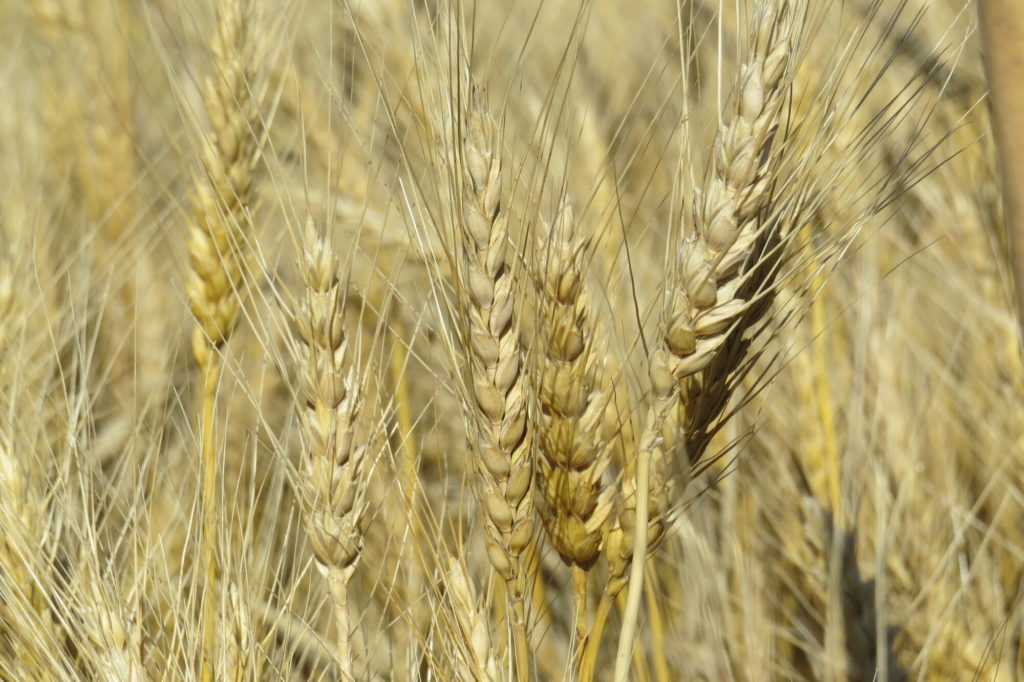 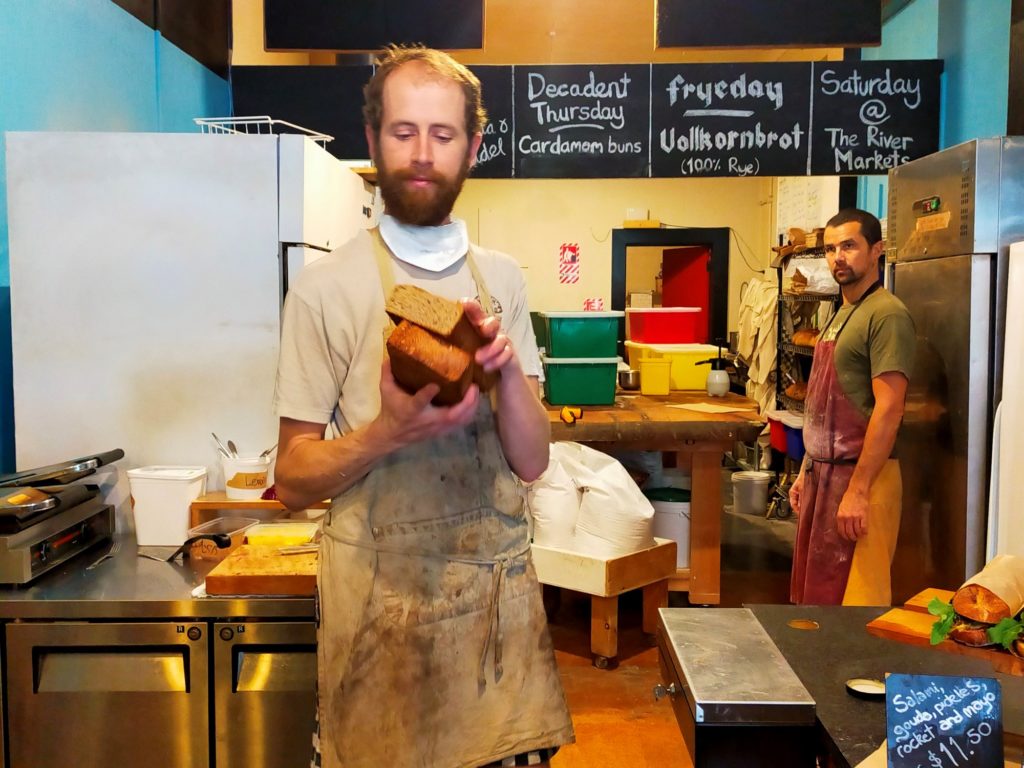 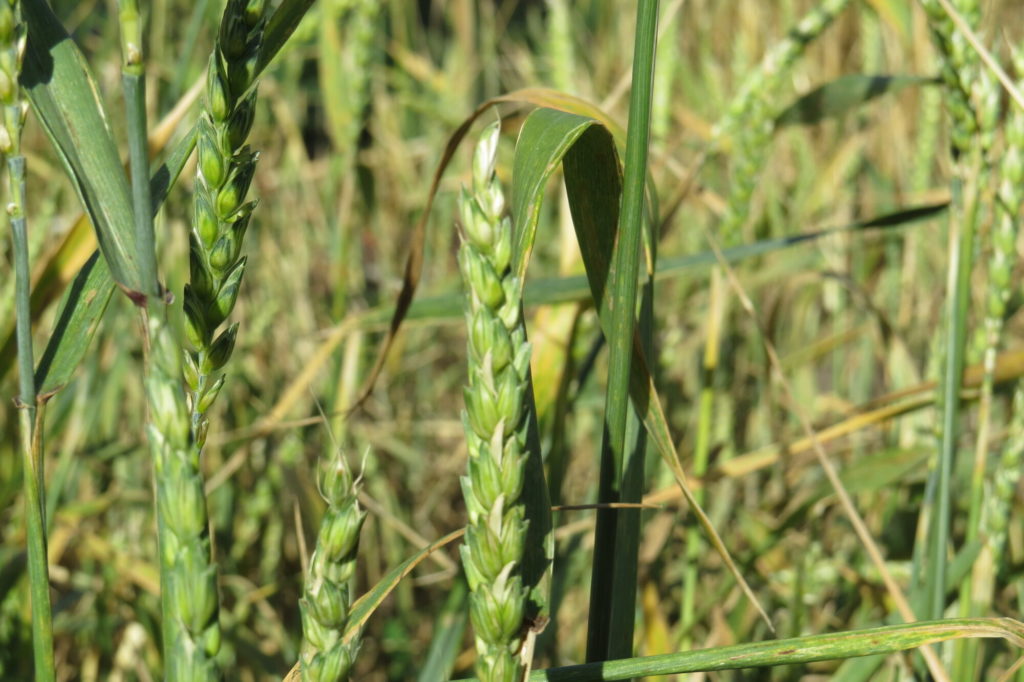 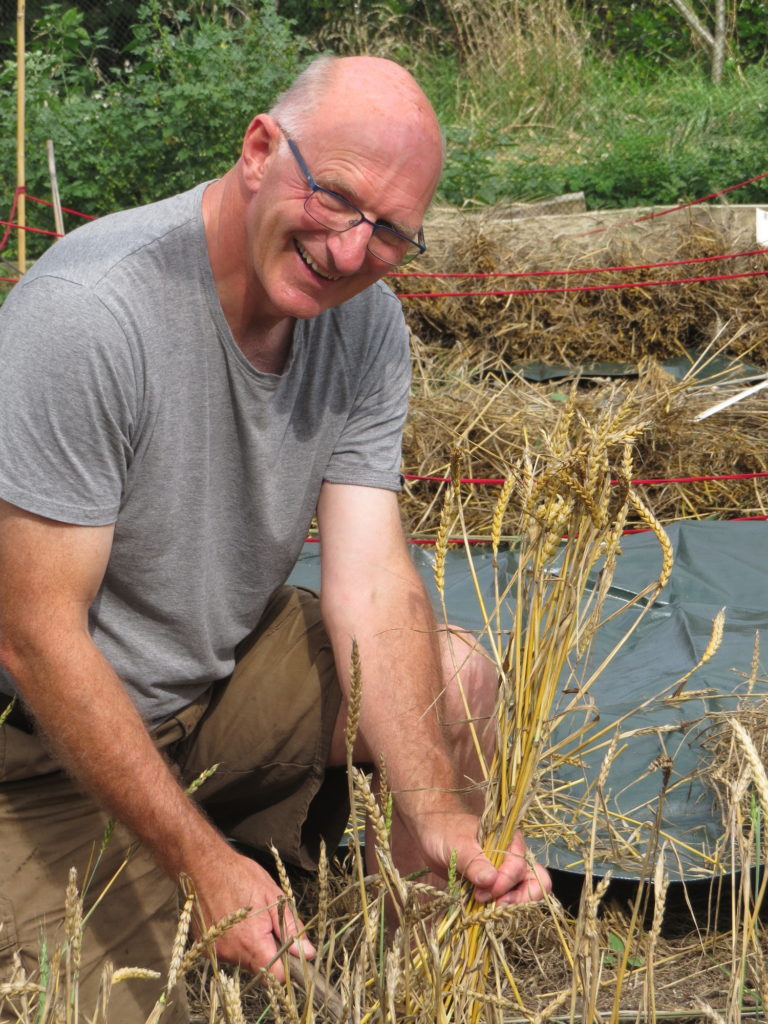 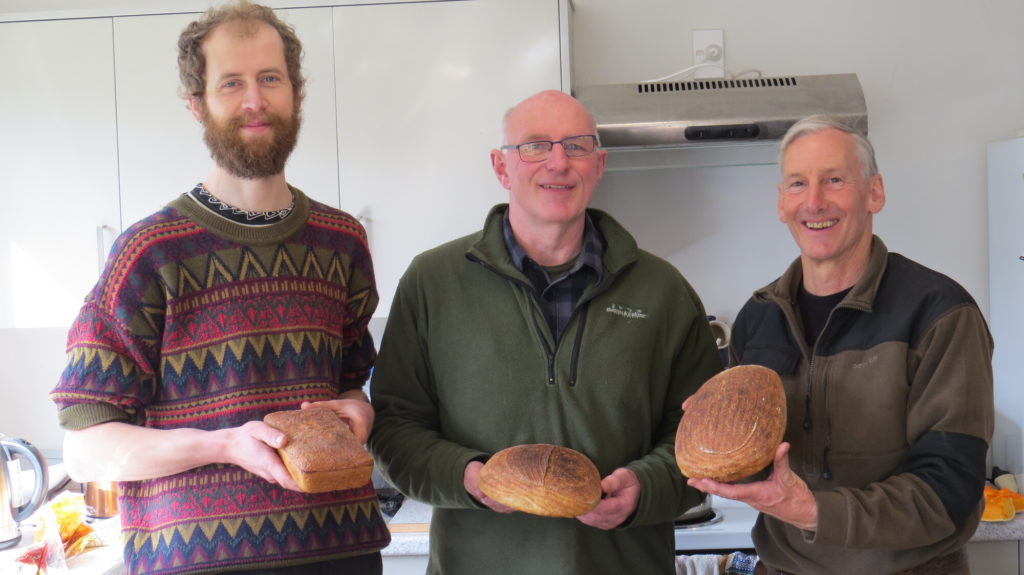 Wheat is the world’s most important grain crop with more land planted in wheat than any other crop. For generations, wheat has been the most important food staple in the Western diet; New Zealand is no exception. Wheat was first used as man transitioned from a hunter gatherer to a settler existence. With it came the emergence of agriculture. The first domestication of wheat occurred in south eastern Turkey and nearby regions of Syria and Iraq. Wheat was rapidly adopted in other regions of the Fertile Crescent and from 8000 BCE spread beyond these regions. Bread soon established itself as the staff of life. Wheat’s ability to self-pollinate enabled selection of many distinct domesticated varieties. With its nutritive qualities, ability to be stored and adaptability to a wide range of climates, wheat was widely adopted throughout Europe and much of Asia. This was later given further impetus through extensive European colonisation and settlement, including in New Zealand.

In traditional agriculture, farmers maintained and exchanged wheat populations with distinct local varieties referred to as landraces. These were characterised by high levels of genetic diversity and an ability to adapt over time to prevailing local conditions. Landraces of wheat are no longer widely grown in Western countries – with virtually none grown in New Zealand. Nevertheless, they continue to be important elsewhere. Formal wheat breeding dates from the nineteenth century with single line varieties being created through the selection of seed from individual plants identified as having the desired characteristics and properties. These represent almost all wheat grown and used in New Zealand today.

Overview of the Issues Around Wheat Consumption

Recent research has raised questions about possible detrimental health effects of wheat, most notably gluten intolerance, allergies and celiac disease. Increasingly, it seems a greater percentage of the population is suffering from these afflictions, much more than historically was the case. As wheat has been consumed for millennia, explanations have been sought for the recent explosion in these health issues. There is increasing anecdotal evidence suggesting that ancient grains may lack the toxicity of modern wheat grains. Interestingly, those afflicted by modern wheat grains are often able to support other grains such as rye, spelt, and barley. These are closely related genetically but have been less altered using modern breeding techniques. Some research has pointed the finger at modern wheat varieties that are genetically selected and adapted for high yield. For centuries, farmers have been selecting plant varieties for better quality and yield. In more recent times, an exclusive focus on yield has usually been to the detriment of other traits such as nutritional qualities.

There is anecdotal evidence to suggest that heritage wheat grains might well be less toxic, irrefutable formal scientific proof has yet to be provided to support these claims.

In the US and Europe there have been several initiatives to revive heritage wheat varieties in recent years. Amongst a number of such initiatives in France is the French association Pétanielle – Pétanielle is a traditional landrace wheat grown in western, south-western and central France. I lived in France until recently and was active in the Pétanielle association.

Pétanielle operates with members and landrace sponsors. Membership includes gardeners, peasant farmers, small-scale millers, bakers, researchers, etc. Its membership is drawn from the area in and around Toulouse. There are similar associations operating in other areas of France but usually with little or no involvement of gardeners, a unique feature of Pétanielle. Pétanielle is a key member of Réseau Semences Paysannes – an umbrella organisation that represents 80 or so seed saving organisations throughout France.

In some cases farmers grow the wheat, mill it into flour and bake it into bread that they sell direct at the farm gate, through an AMAP (French name for an organic food box scheme), or at local markets. These people are referred to as Paysans-boulangers.

The gardeners include people growing wheat samples on small urban allotments in Toulouse. One member is Isabelle Goldringer, a research scientist specialising in wheat at INRA (the French government research organization). Another is a botanist working at the Natural History Museum in Toulouse with responsibility for exhibits of traditional kitchen gardens using heritage varieties and including heritage wheats.

In the northern hemisphere the season begins with sowing of winter wheat between late September and early November with the wheat being harvested in early July in the following year. Members are then asked to store the complete harvested stalks before bringing them to a threshing open day held in late August/early September. Wheat is threshed by variety and seed packets are made up for re-distribution to members and re-sowing for the following year.

The association maintains an in-situ seed bank collection of about 100 or so landrace varieties, mostly of wheat varieties, but also including barley, rye, spelt and oat varieties. Source material has come from local farmers and gardeners, INRA and other collections such as the Natural History Museum in Toulouse (which has access to material through a worldwide inter-museum exchange scheme, and swaps with seed savers both within and outside France).

The collection is received by and grown in the garden of one of the members, who take it in turn, each year. Volunteers sow the collection, maintain it during the year and harvest it. An open day is held in late June, just before harvest, to exhibit the collection to the members and other interested parties.

There is no monetary exchange for this. French seed legislation forbids the sale of seed that is not registered in the official catalogue. Almost no heritage wheat seeds are registered. Exchange of seeds for research purposes is allowed.

We have begun a similar project here in New Zealand. In addition to the clear benefits of having access to a wider range of flours for a greater variety of bread and other wheat-based products, there is also the prospect of: